Mountainous planets are suitable for almost all forms of life. Unlike other worlds, the largest worries that colonists face here are the changing of the seasons, specifically the rainy season. During this time of the planetary year, flooding causes the most problems for both structural damage and fatalities as a result of drowning. The terrain of these worlds is often a mixture of high peaks and low valleys, which create perfect conditions for flash flooding and mudslides. During the winter season, avalanches are also a common worry, due to the nature of the surface terrain. Despite these things, colonization on these types of worlds is a smooth and uneventful affair during the other seasons. The resources are all abundant, with ore being a standout commodity.

A mountainous planet offers more than a temperate climate and exceptional ore resources. The organics and indigenous species found on these world types include both large and small mammals that live on the slopes of the mountains. While they are mostly herbivores, these animals are territorial in nature and will stand their ground against intruders.

It is worth noting that the abundance of ore resources on these planet types is a result of the towering mountains that cover the surface. While the process of mining involves explosives that destroy many of the towering natural structures from the inside-out, certain ones are left for other purposes. These, of course, are the mountains that stand over 15 to 20 kilometers tall. Overzealous explorers have made many attempts to reach the peak of these mountains in a show of strength and skill. Few have completed the task, and those who have plant the flags of their faction proudly in the peak to signify their accomplishment. These flags are viewable from space, depending on the height of the mountain in question.

Mountainous planets are among the most coveted types of worlds for colonization. Placed just beneath temperate planets in terms of demand, the balanced living conditions and availability of all resource types combine to make a planet that is not only suitable for life, but provides all the conditions needed for life to flourish. 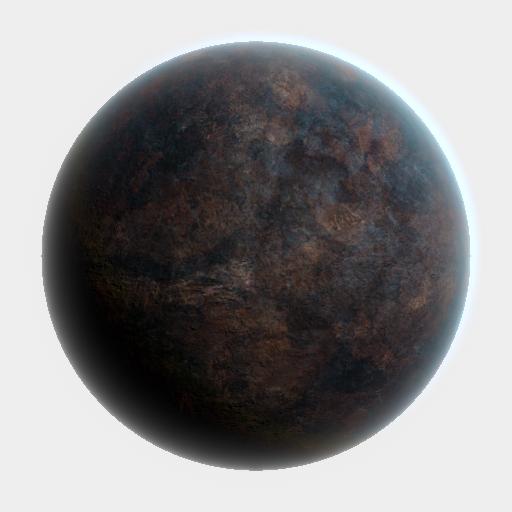