Black holes have always been something of a lost cause in terms of viable travel. The very concept of a Black Hole, a mass so powerful in its gravitational pull that not even light can escape its grasp, is an ominous and indeed frightening concept. Even so, the prospect of using them for travel provides a means of crossing otherwise insurmountable distances with ease. The discovery of the Singularity Shield was a massive breakthrough in this ongoing endeavor. The origin of these miraculous devices has never been truly discovered. Some races hold the belief that these artifacts prove that a powerful and highly advanced race existed in this universe long before any other. Beyond these artifacts however, no other ancient technology has been discovered to support this claim. the Singularity Shield is an admittedly rare artifact that provides the means by which to traverse the Black Holes that dot the universe. They do this by projecting a short lived, but incredibly powerful shield. The technology behind it remains a mystery, though modern scientists from all races have agreed that it utilizes the known but equally mysterious Dark Matter that exists in the vast distances between galaxies. 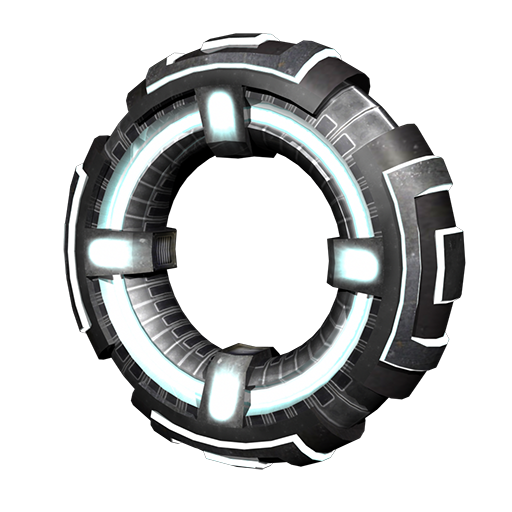