Desert planets are scorching worlds that feature a single desert biome across the surface of the entire planet, with climates that are harsh and unforgiving. The amount of rainfall on this type of planet is less than 50 centimeters per planetary year. The temperatures during the day can range between 40 to 140 degrees Celsius, and at night, the temperatures can fall to a bone chilling -25 degrees Celsius.

The ground here is rocky and dry, with little to no nutrients, which rules out the possibility of crops and other grown organics. The main source of organics on this type of planet comes from hunting and scavenging the animal and plant life. The indigenous species carry with them poisonous glands and hard outer shells that take the force of a frustrated Horde to crack. Eliminating these as possible sources of food leaves few options. For those with a strong stomach, or simply a dire need for food, there are, in fact, a vast array of subterranean mammals and insects beneath the arid and rocky surface.

The main obstacle in colonizing these planet types exists in the lack of water, combined with the scorching heat. Colonies on desert planets receive shipments of water and supplies to offset the lack of natural resources. In some cases, these planet types will not have a completely uniform climate. As a result of the axial tilt in the planet’s rotation, the north and south poles of these planet types can sometimes house small amounts of frozen surface water, though this is regarded by all races and factions as a last resort. The mortality rate on these world types is high enough without sending out search parties to collect minimal amounts of frozen water.

Success can also be found through the use of terraforming equipment, which would bring significantly more amiable conditions to the colonists living there. Having such technology on hand can make the difference between a colony that is comfortable and a colony that is simply surviving. 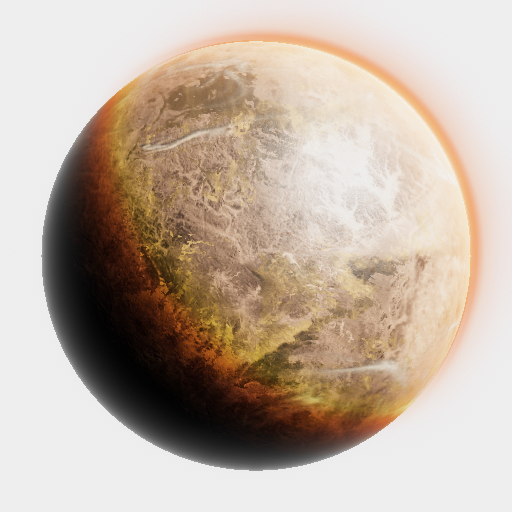