“I am going to die for what I believe in, like so many have before me. And just like those who came before, I will be struck down by the small minded and ignorant who refuse to believe. We march towards destruction my friends. Genetic engineering, Synthetic life, these are the tools of our own demise. We will fix a disease here or change a hair color there, but eventually we will cut and splice, replace and fix until we are nothing like the beings we were created to be. We will see ourselves as perfection, and yet we will no longer be human. We will become artificial beings that lack any value for life. And when life holds no value I ask, how long it will be before our petty arguments unleash the terrible power we seek to create. I am grateful at least, that I will not be alive to see the outcome of this fool’s errand that we call progress.”
- Excerpt from “Separatist Manifesto” by Maxwell Folsom

DEMOGRAPHICS
The separatists are composed of individuals who believe that the progress of synthetic life and genetic engineering will ultimately result in the destruction of all life in the universe. This theory, posited by the first martyr and founder of their cause is known as the “Annihilation Threshold” and claims that the unchecked progress of these technologies will invite a completely different form of life that can no longer be called “human” and therefore is not life. This outcome will, according to the theory, devalue human life until an inevitable conflict will cause complete annihilation.

CULTURE
The Separatist seek to rid the galaxy of artificial life and genetically altered beings. They believe that by doing this, they will prevent the destruction of all living things and the creation of cybernetic organisms that utterly erase the concept of being human. They separate themselves and live on border worlds to be free from these things.

TECHNOLOGY
The Separatist utilize modern technology, however they keep a watchful eye over their worlds to ensure that no elements of synthetic life or genetic engineering are present. Scans of incoming colonists ensure no altered beings are present, while a lack of networked servers ensures that the A.I Core cannot infiltrate or spy on them.

TRADE
The Separatists will trade with other factions; however they refuse to do business with members of the AI Core or Horde. 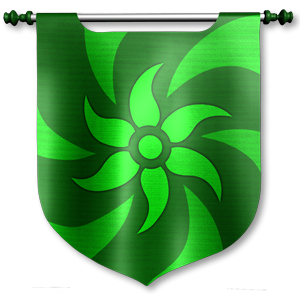