“The vastness of space is no longer a concern. With the Colonial Transport, a new home is a comfortable ride away.”

The colonial transport is ideal for transporting massive numbers of colonists and resources but lacks both speed and defensive capabilities. The colonial transport is more of a drifting colony than it is a ship. This gargantuan ship is used for moving both products and colonists across the void of space. The drive system in such a ship is standard affair, resulting in substandard speeds. This is also due in large part to the mass of the cargo on board. The combat capability of this ship is nonexistent; this is due to the great majority of the onboard A.I focusing on dedicated life support systems. Any kind of open conflict will quickly reveal these flaws in the ship’s design. Being that the Colonial Transport is a large sized ship, it does have the ability to tow smaller ships, which allows for more versatile types of cargo transport. In addition to this, the capability to use genesis torpedoes means that the Colonial transport is able to not only transport colonists to other colonies. It is also capable of creating entirely new ones. 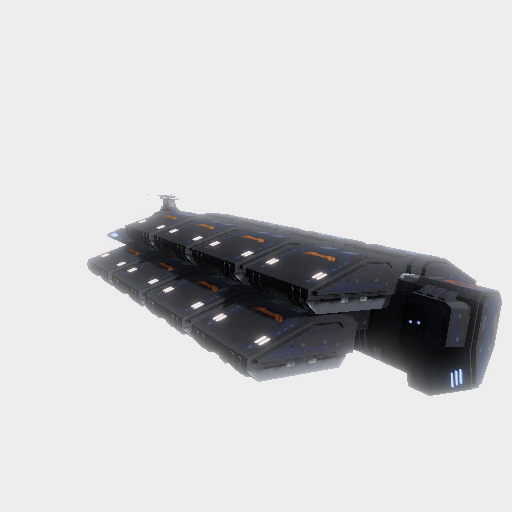