Any given star system can have between one and two million asteroids either orbiting in a belt or adrift in the vacuum of space between the planets. These asteroids are a gamble for traveling starships. Some of these floating chunks of rock contain precious ore and hydrogen crystal, while others are simply rock and nothing more. The concept of examining each individual asteroid was too monumental of a task. Mining Drones were created to solve this issue. In order to satisfy the requirements of the “Fair Intelligence Act” between Synthetics and Organics, the mining drones that were created had to use a rudimentary processor technology to ensure that further sentient development wasn’t a possibility. Therefore these drones have a singular purpose to search and mine asteroids, a task which they perform with spectacular efficiency. Any and all rumors of sentient drones have been quickly and decisive stamped out by representatives of the A.I Core. 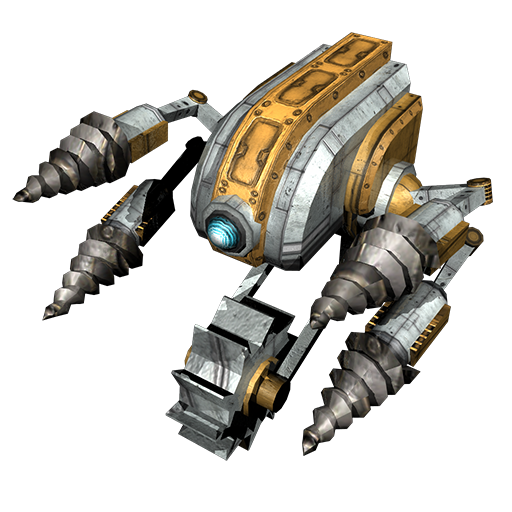